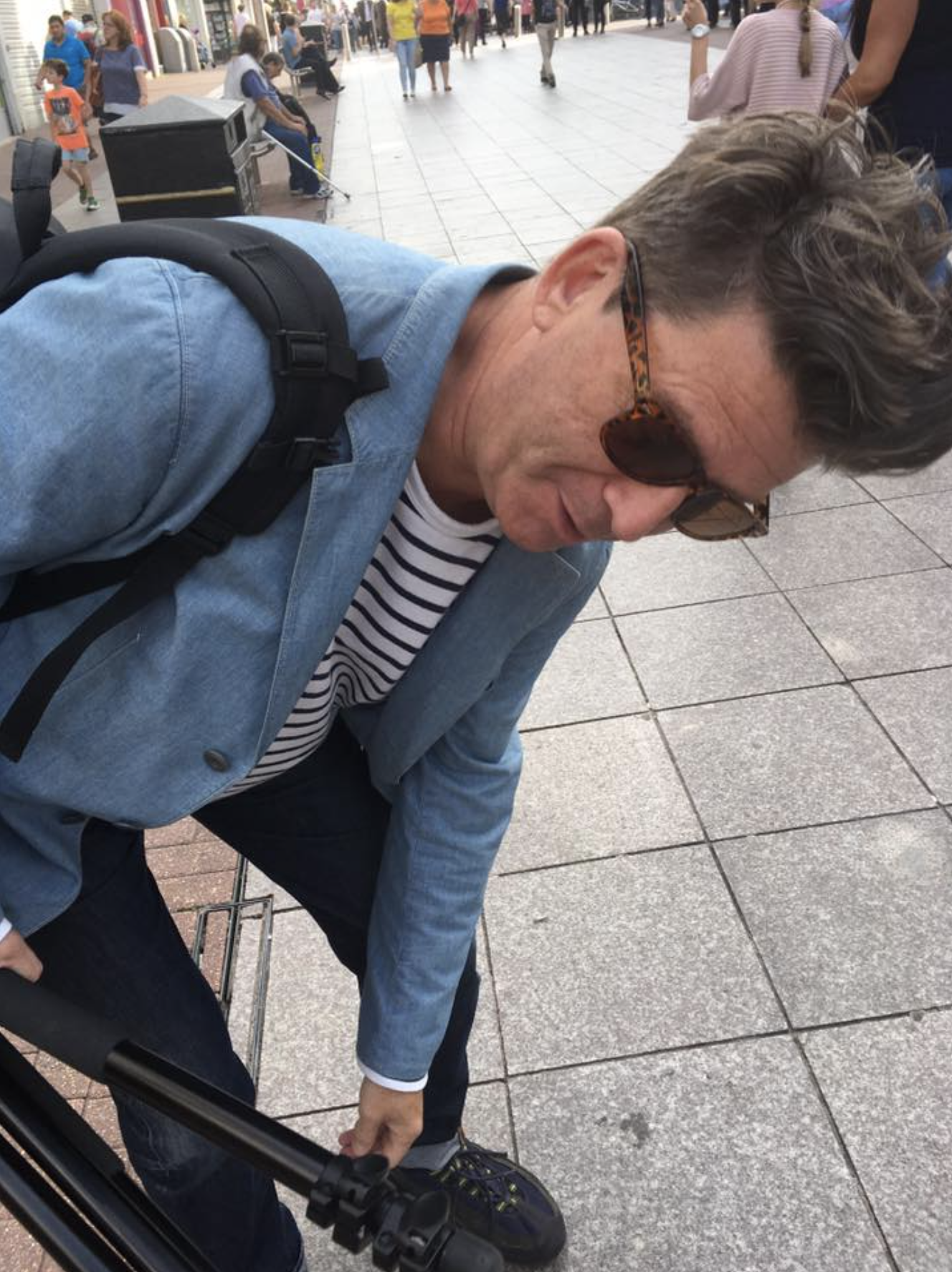 Andrew Delaney is an award-winning director of music videos (Lauryn Hill, Maroon 5, George Michael) and commercials (Nike, Mercedes, Levis, Lacoste and Eurostar). Having set up New Arts Films, he now works mainly in the arts sector, creating films for artists and causes he believes in including the short film ‘Polarbearman’ for Al Gore’s Live Earth project. He’s collaborated with Jude Kelly Studios, Creative Estuary, Metal Culture and Suffolk Libraries - bringing his cinematic style to community focused art projects. In 2019 his feature film ‘Love Is Blind’ - starring Chloe Sevigny, Aidan Turner and Matthew Broderick was released in cinemas in the US and is available on Amazon Prime worldwide.

He’s produced numerous videos for the EBS and has helped advise for briefs where we need to be camera ready.

Andrew is a proud Southend on Sea boy, besotted owner of George the Cockapoo. His early forays into the world of comedy ended after he fell off a stage laughing whilst dressed as a bear acting as Vic Reeve’s side kick.