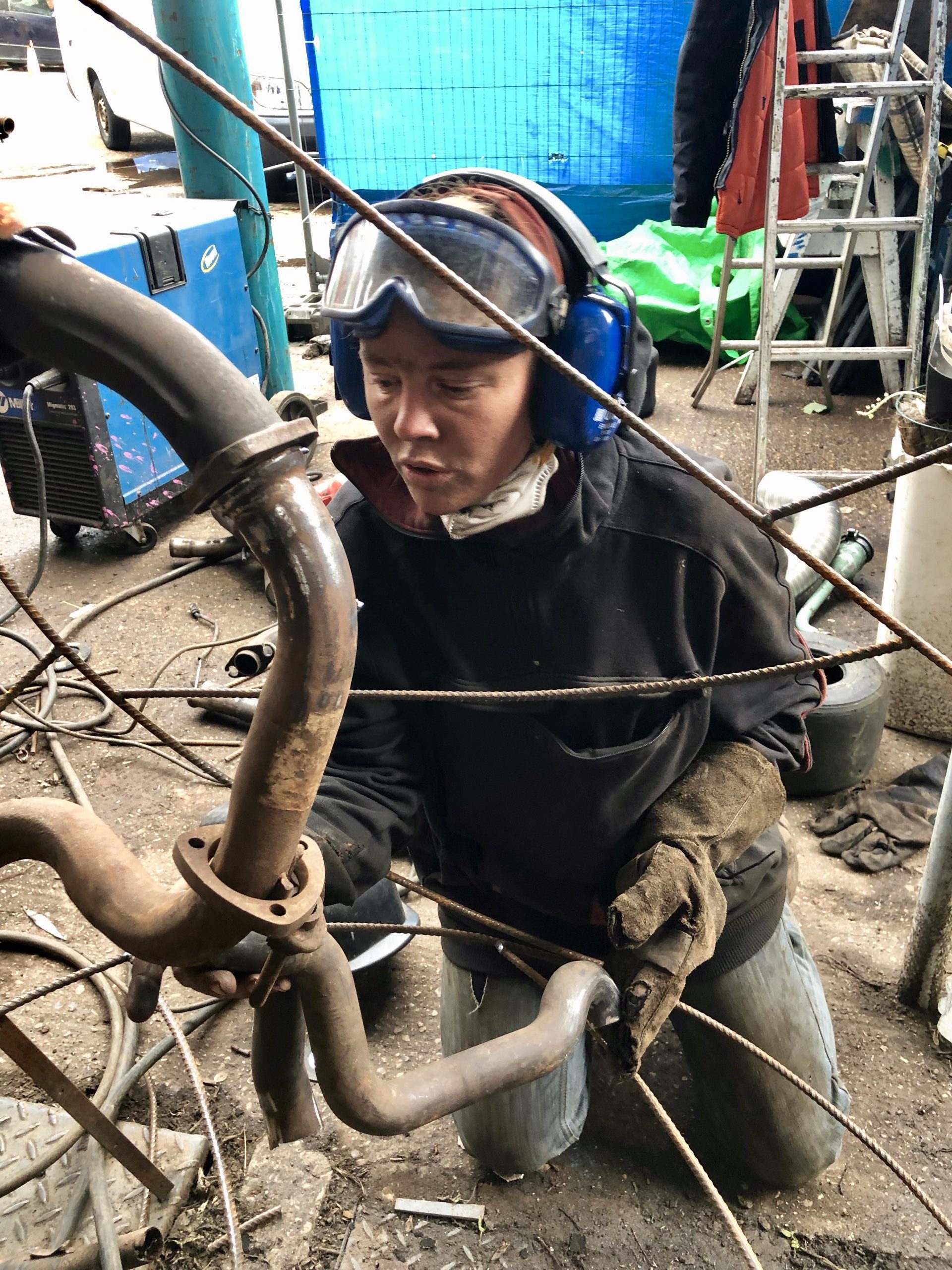 Flee is a talented metalworker and powerhouse of creativity. She holds a N.Dip. in Blacksmithing and Metal Working, for which she was awarded a distinction at the Hereford College of Technology. She works in iron, steel, stainless steel, aluminium and copper.

She predominantly works working with recycled metal and upcycles whenever possible, such as disused old tools and motor parts. She has collaborated with some of the UK’s leading large-scale metal artists including the Mutoid Waste Co with whom she created pieces as large as twenty-six metres wide for the main stage at Glastonbury. She worked on a project for the Burning Man festival in the Nevada desert and was part of the team who built the large-scale installations for London’s Paralympic closing ceremony in 2012.

She is also passionate about plants and her magnificent floating garden can be seen in the canal alongside Grow Hackney where you can often hear her singing whilst she welds.