Albania is a country on the cusp of great change. Under the careful stewardship of former artist and now Prime Minister, Edi Rama, Albania is undergoing an economic and cultural makeover. Rama is a charismatic leader who famously painted grey, communist era buildings in bright colours, igniting a civic pride in the capital, Tirana, that continues to grow. The city is opening up and the democratisation of once state owned space has become a priority, with barriers being dismantled to create new public spaces.

The Villa formerly occupied by Communist Party leader Enver Hoxha, known as Villa 31, is remarkably unchanged since the fall of Communism in 1991 and acts as a powerful reminder of his tyranny and the luxury in which he lived with his extended family, unlike the vast majority of the oppressed citizens of Albania.

Currently it sits like a mausoleum in the heart of the fast growing, lively ‘Blloku’ (‘Block’ in English) area in Tirana – isolated from its surroundings. It is clearly visible from the street with its low fence but remains almost entirely ignored by passers-by, only occasionally being photographed by groups of intrigued tourists. Opening up the garden for the first time will be an historic moment, presenting a unique opportunity to show the extent of positive change in Albania.

Re-activation of Villa 31 will position the area as a cultural quarter and locate it as a major tourist destination for both locals and foreign visitors. As a sensitive site with a loaded history, the site will be brought back to a new and finally inclusive and welcoming.

We were invited to submit to the British Council ideas as to how we would extend our inclusive approach to the opening of the space. The Homegrown project will focus attention and activities in the Villa’s extensive garden and provide a place for the people, a site to be enjoyed by all who visit. Our contribution to the Homegrown project is a subtle structure that forms a canopy of plants overhead with seating beneath. The canopy will bridge the garden and the street, vaulting over the fence to connect both sides.

This connection is an important part of the Homegrown project thinking. The garden has been cut off and closely guarded from the public for years and it’s important that even when, by necessity, the garden is closed that a link remains to the outside world: the canopy and its seating will allow that connection and become a symbol for the project. People can sit under the shelter of the canopy on the street side looking into the garden, or visa versa. The canopy will raise awareness of the coming change and become an important beacon for activity in the garden. Sensory planting will further blur the boundary between house and street, with fruits and herbs, formally regarded as a rarity for the general public, being a feature. It’s vital that the transformation of the garden is seen as democratic. The intention has been to move away from the idea of art behind locked doors. The canopy will always be ‘open’. It will create a beautiful installation to occupy, both inside the garden and out, available and inviting to everyone at all times. Ribbons of structured planting will reach across the garden and join the canopy to Stanton William Architects proposed pavilion, echoing the pavilions form.

The project is currently in the planning phase. We look forward to seeing it being realised. 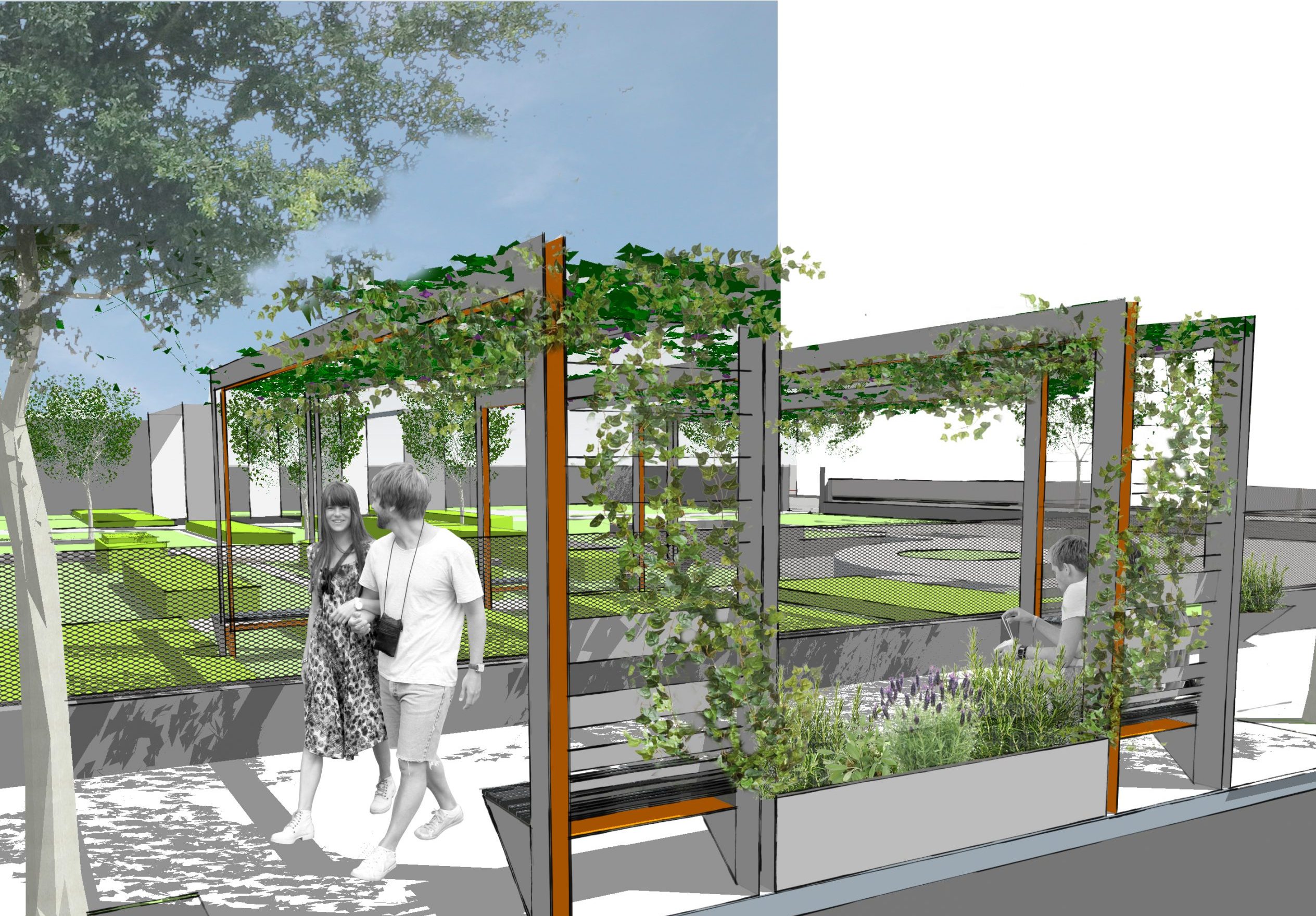 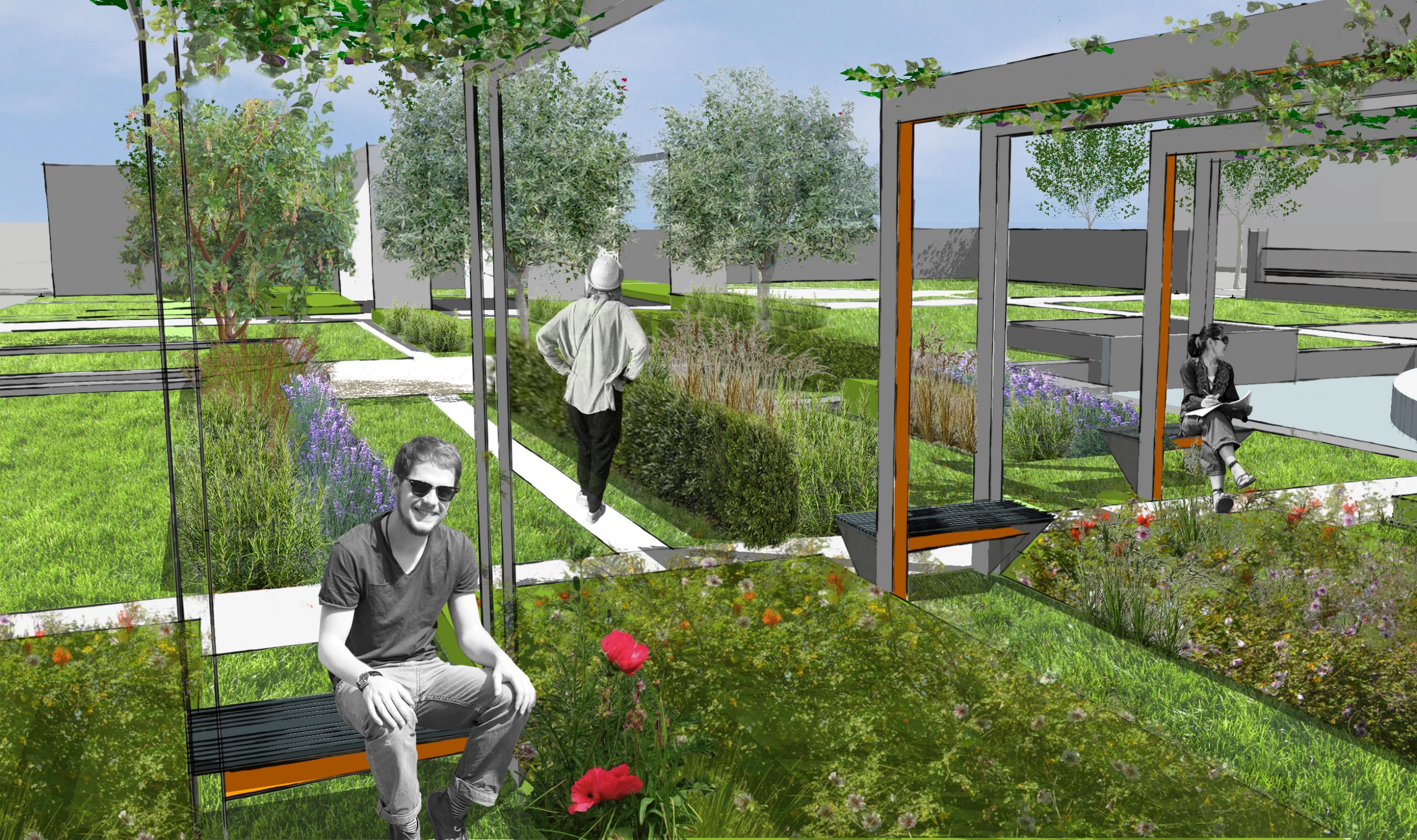 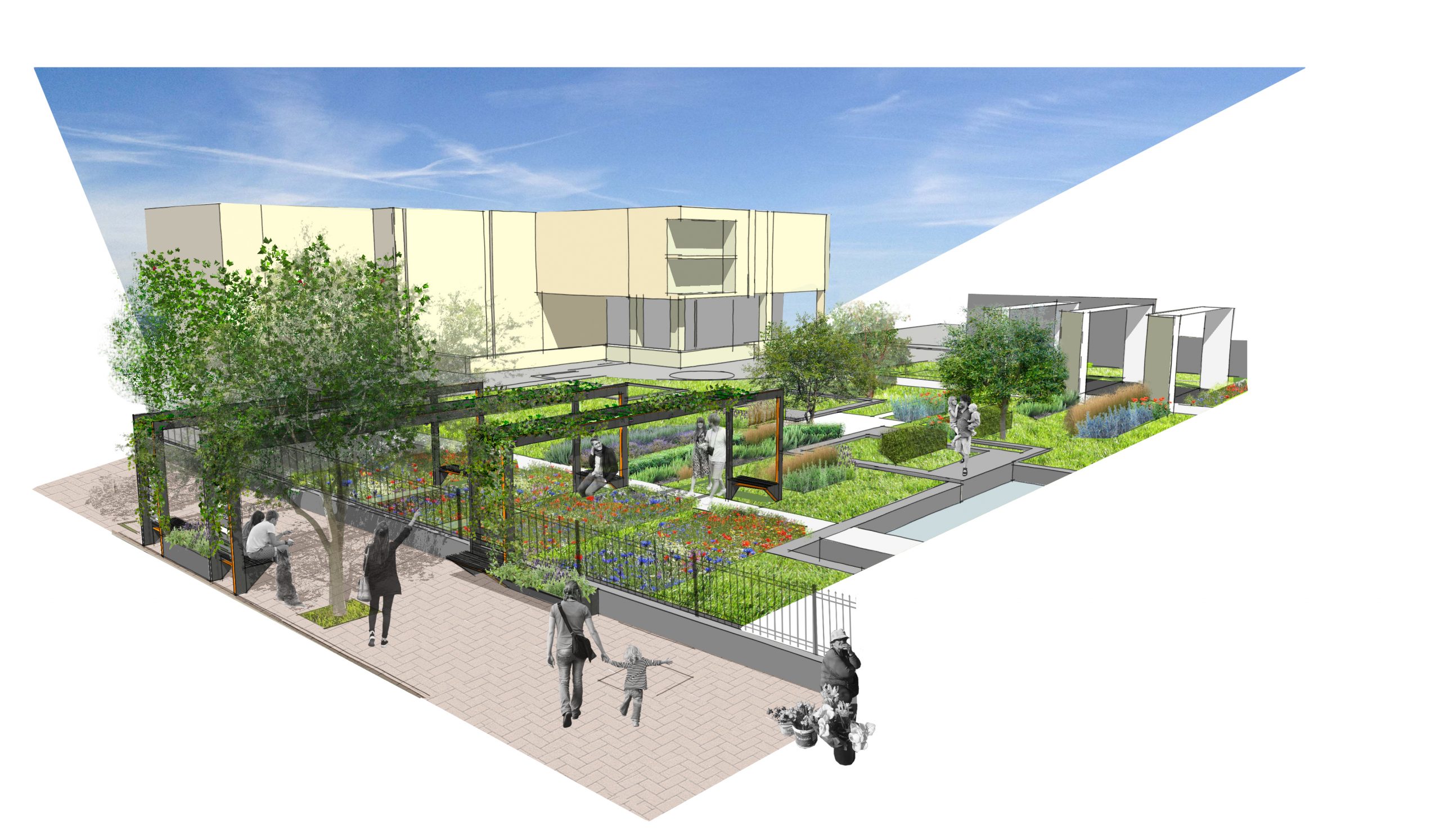