The South Bank Centre’s ‘Festival of Love 2014’
Pragma: Growing Together

Given the brief to represent Pragma: Enduring Love – by the South Bank Centre, we created an interactive installation. Situated in the food market outside the Royal Festival Hall, we presented a place for refuge. The seating centered around a fruiting apple tree, planted as a symbol of how a relationship grows, puts down roots and bears fruits. The installation was made up of two pairs moveable seats, utilizing the colours of the six other forms of love featured at the festival. On one side of each pair of seats was an overhead shelter, and on the other side was a table. Each side had its own independent attributes, but when drawn together became more than the sum of its parts. The moveable seating enabled people to sit close to their loved one or give them space, never turning their back on them. Sensory and edible planting were set within the seating and a large planter running alongside it, was planted with herbs, fruit bushes and red roses. 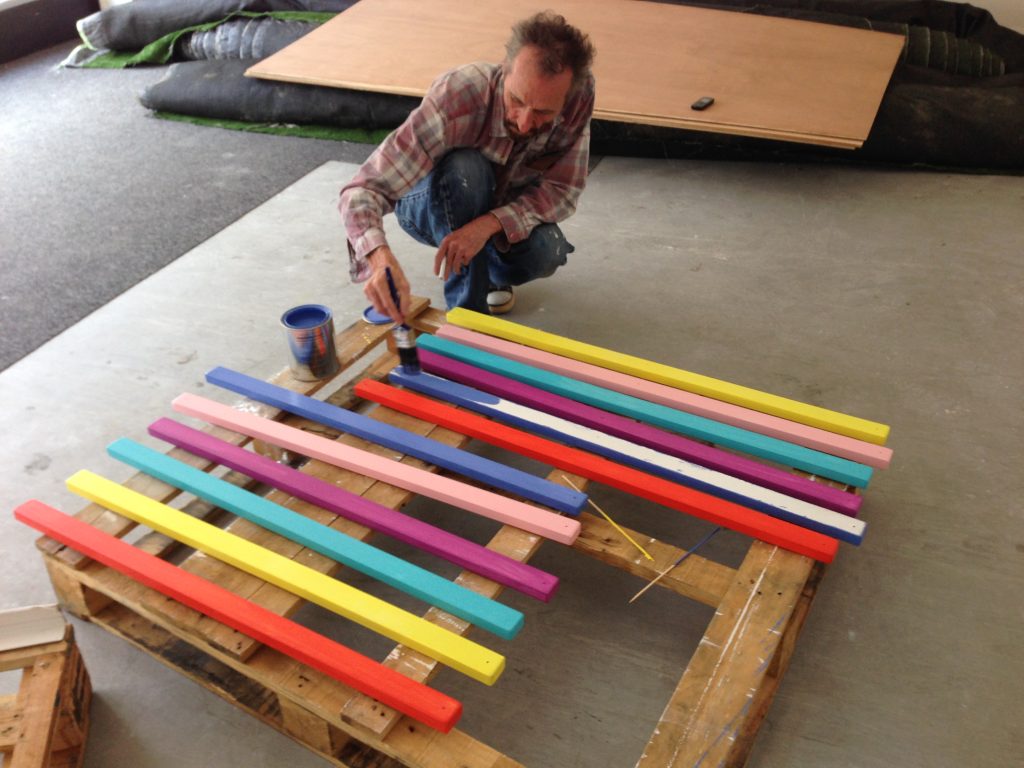 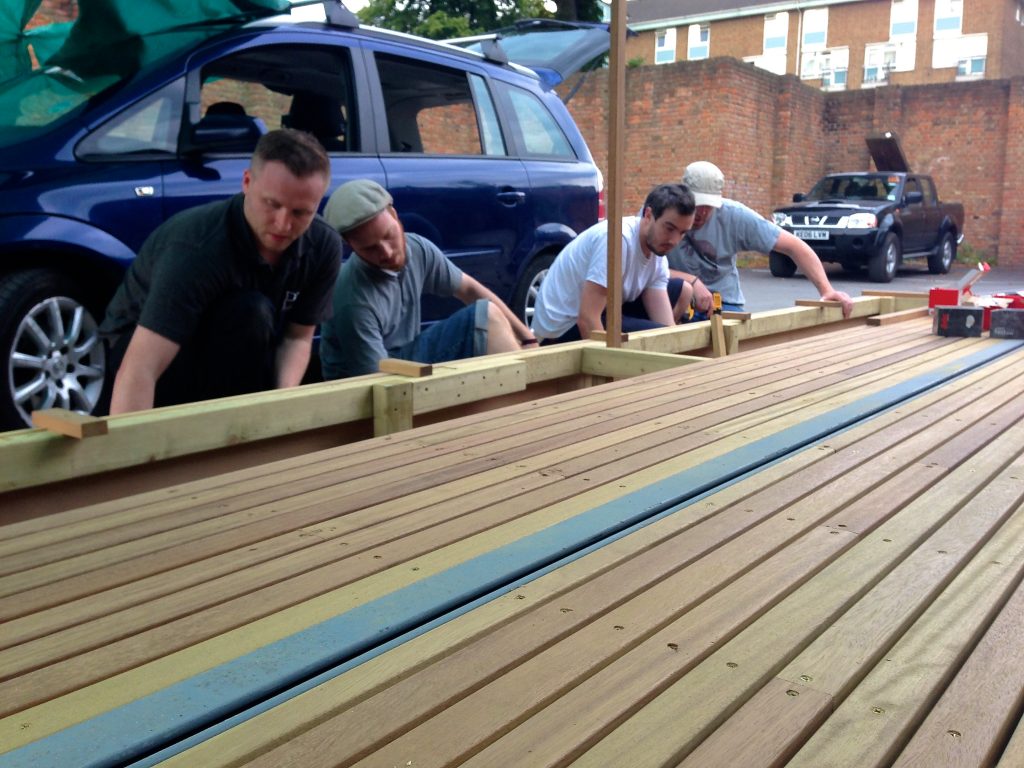 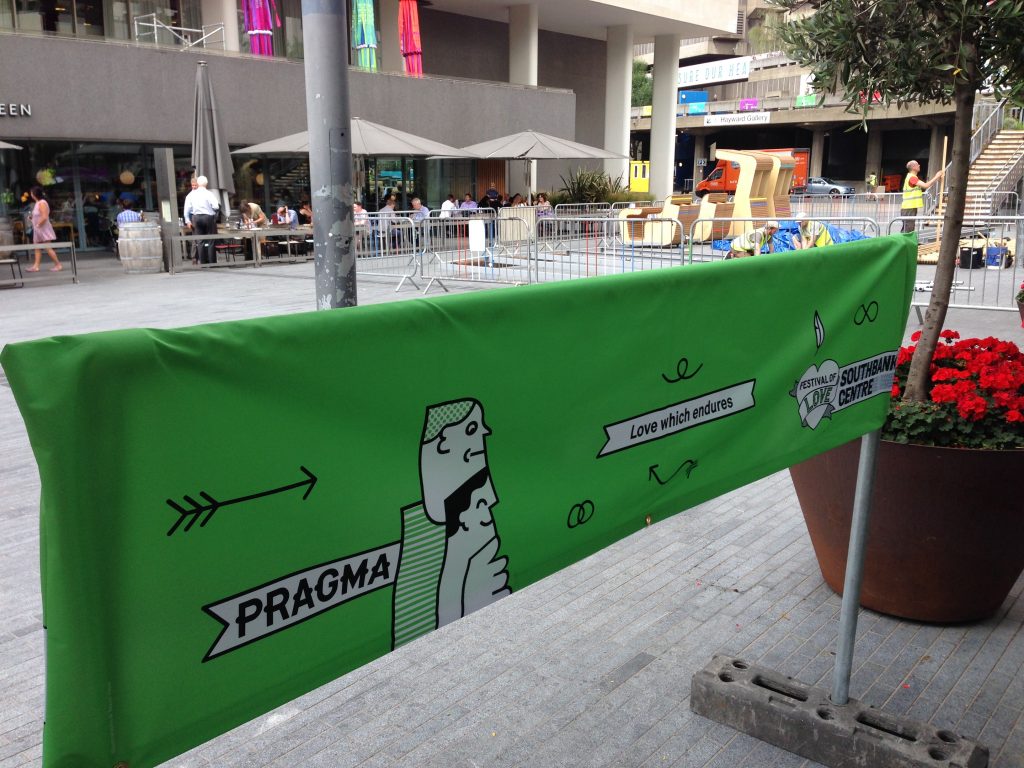 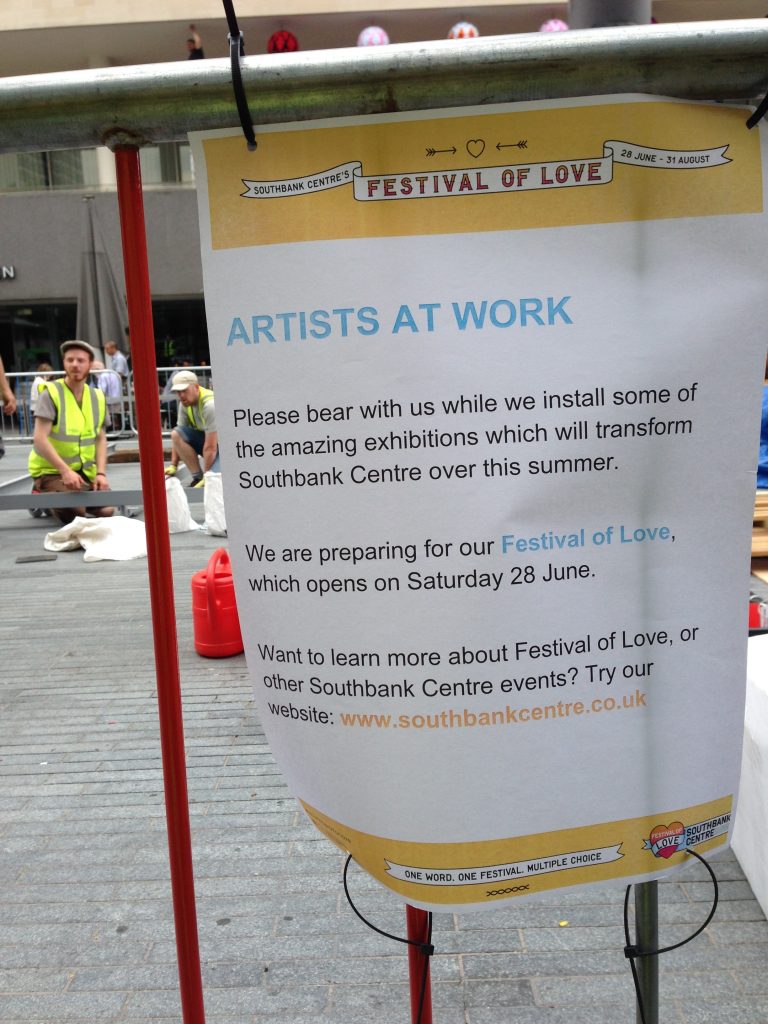 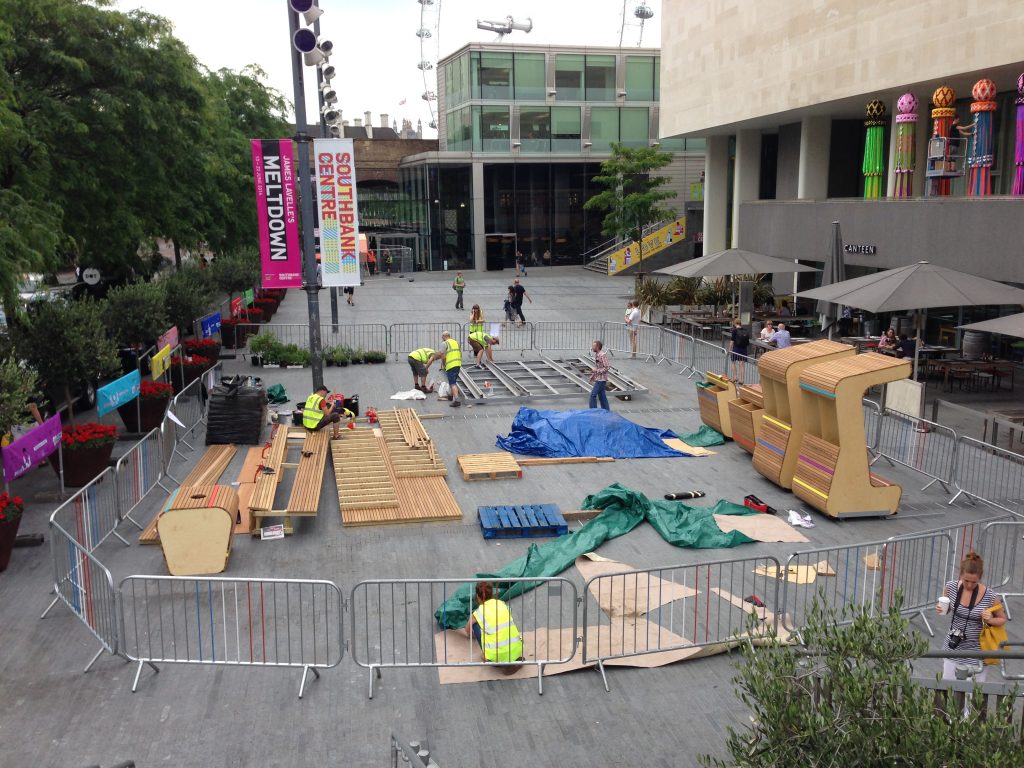 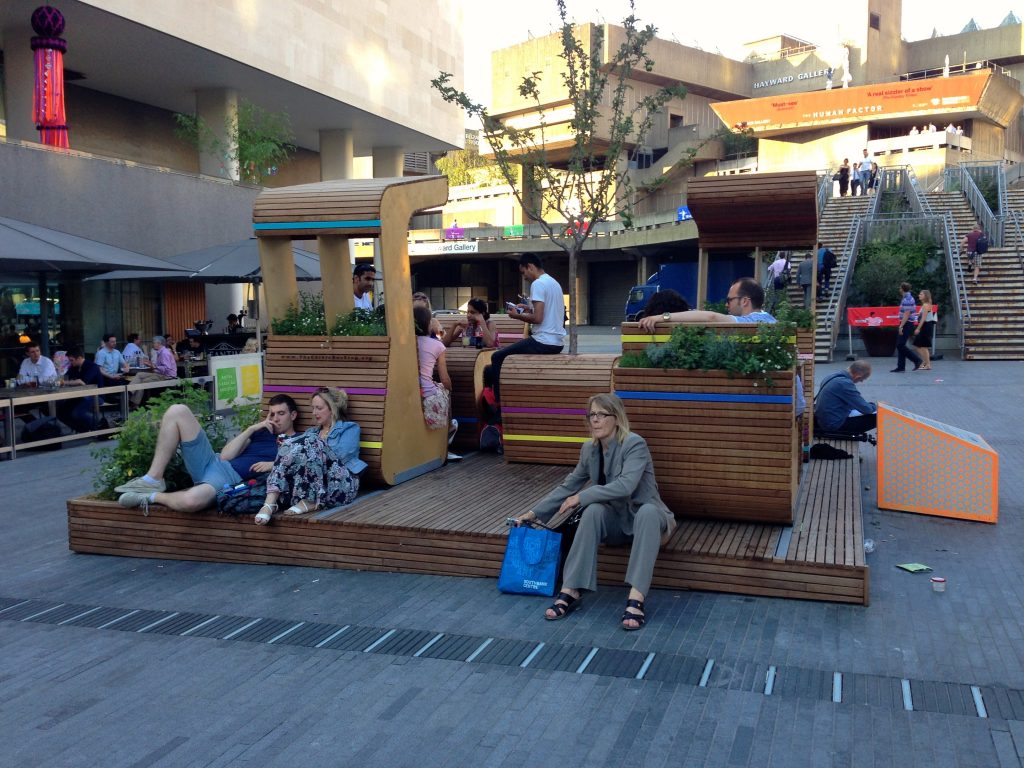 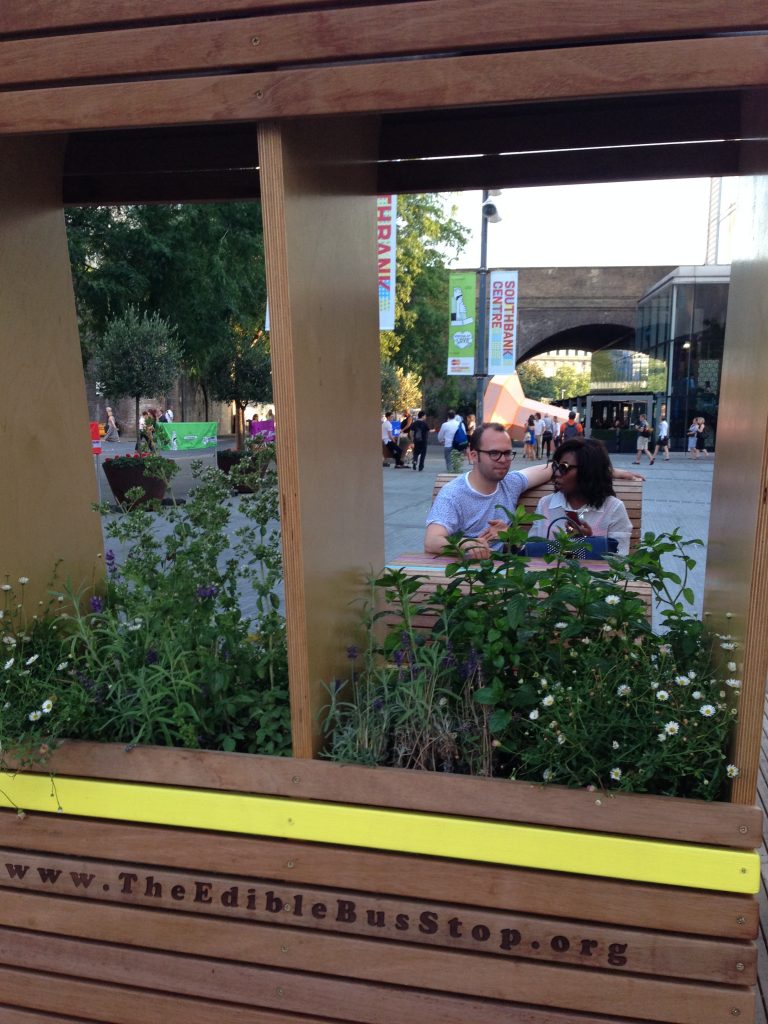