In the autumn 2011, we were invited by the West Norwood Feast to ascertain the suitability of various local sites for an Edible Bus Stop garden. Having held a public consultation, the ‘Bollards’ site, by the former Fire Station was selected by the community as the area they would most like to see animated. The space was a peculiar shape at the gateway to West Norwood, where the pavement widened to a substantial size. It featured a series of bollards in an adhoc pattern to prevent parking on the paving.

With the support of Lambeth Housing, whose land the site is on, we started gardening the existing neglected flowerbeds by the 322 bus stop ‘H’ in April of 2012. Having won approval for our redesign for the space at another public consultation, the garden’s construction received funding support from the London Borough of Lambeth and the Mayor of London’s Pocket Park programme. Further funding was awarded by The Outer London Fund and Kew Gardens Grow Wild scheme.

The new design for the space increased the planting area, whilst incorporating many of the existing bollards. Inspired by the game of ‘Hoopla’, the bollards become the pegs in the game, whilst round concrete rings where placed over them. The ‘Hoops’ themselves provide a series of varying sized planters and seating areas.

The planting is predominantly native or wild, and features fruit bushes, nut and fruit trees, creating an urban orchard. Many wild flowers thrive during summer months. The garden is a haven for pollinators and provides a meeting place for local schools kids eating their lunch. 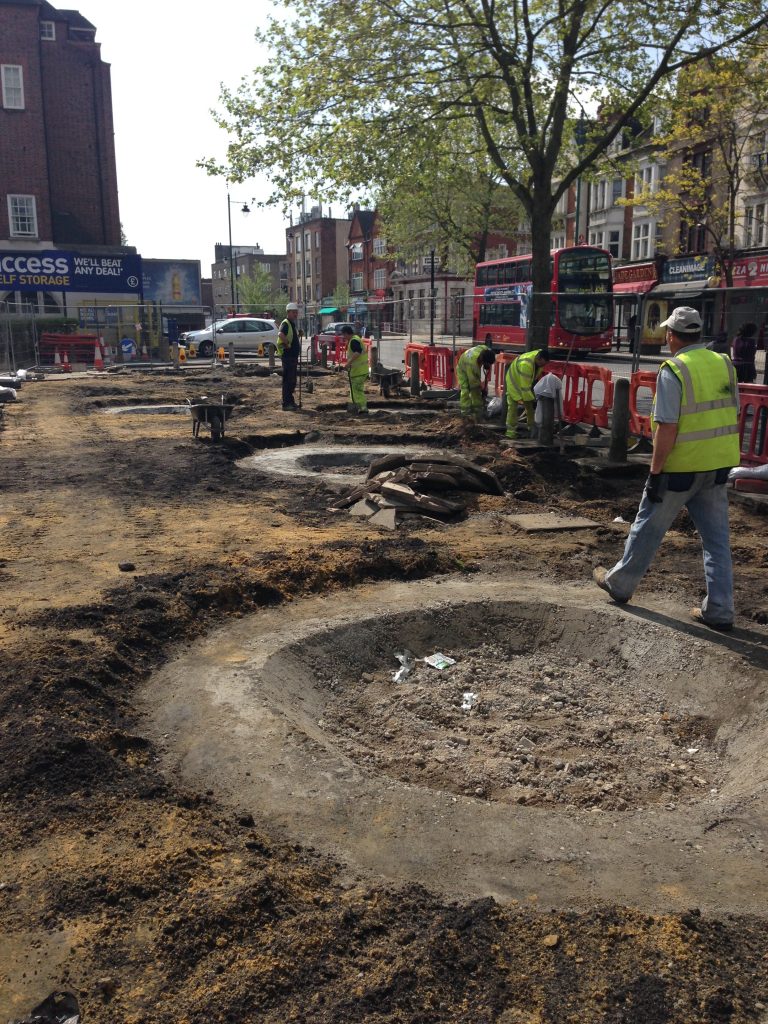 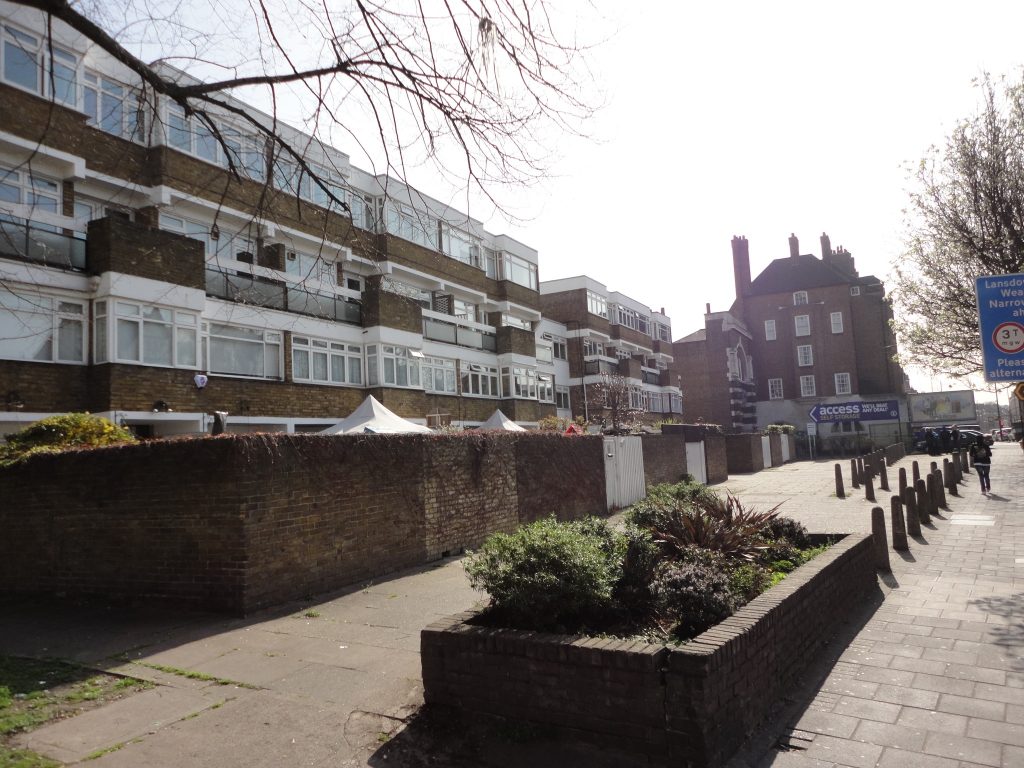 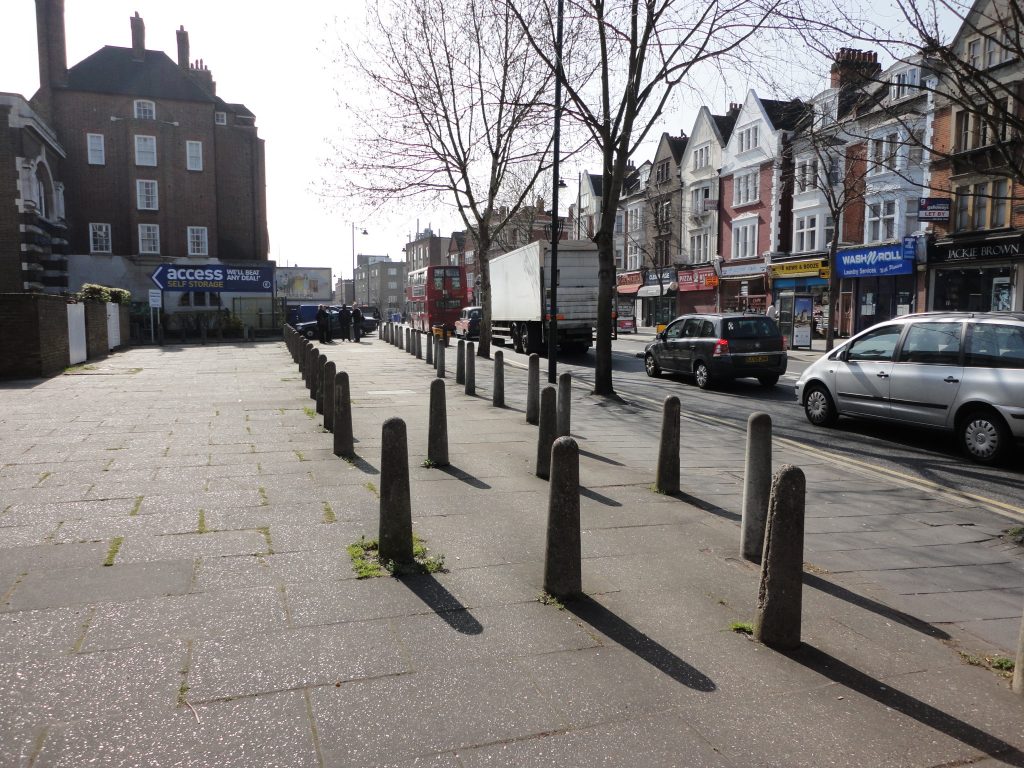 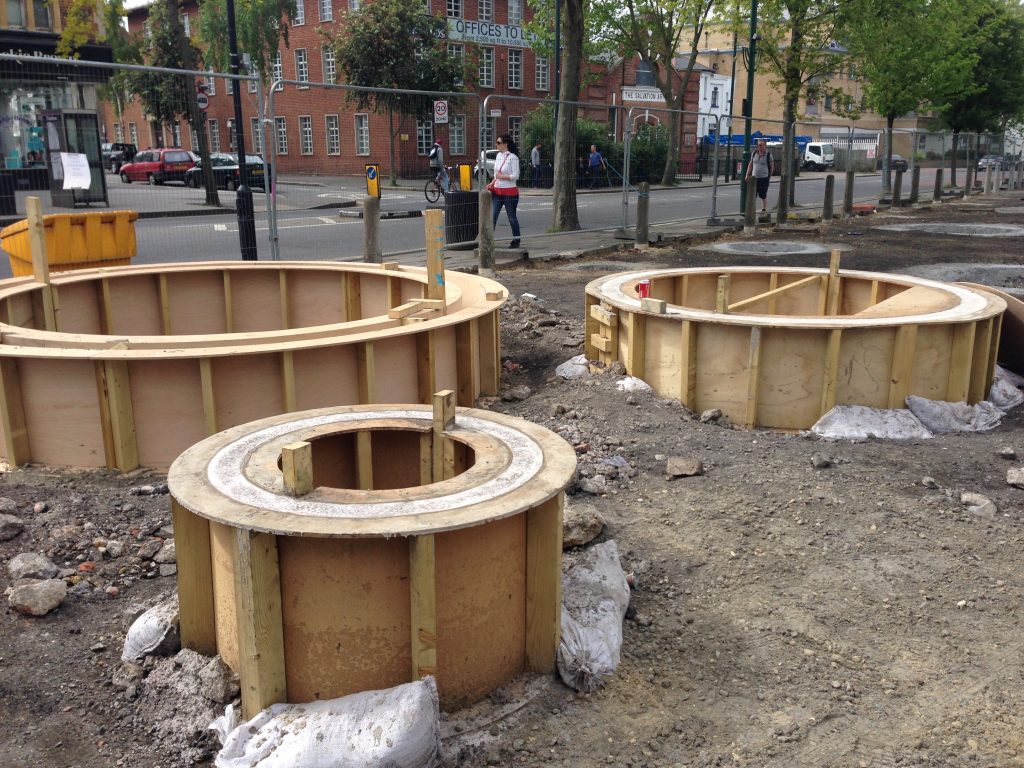 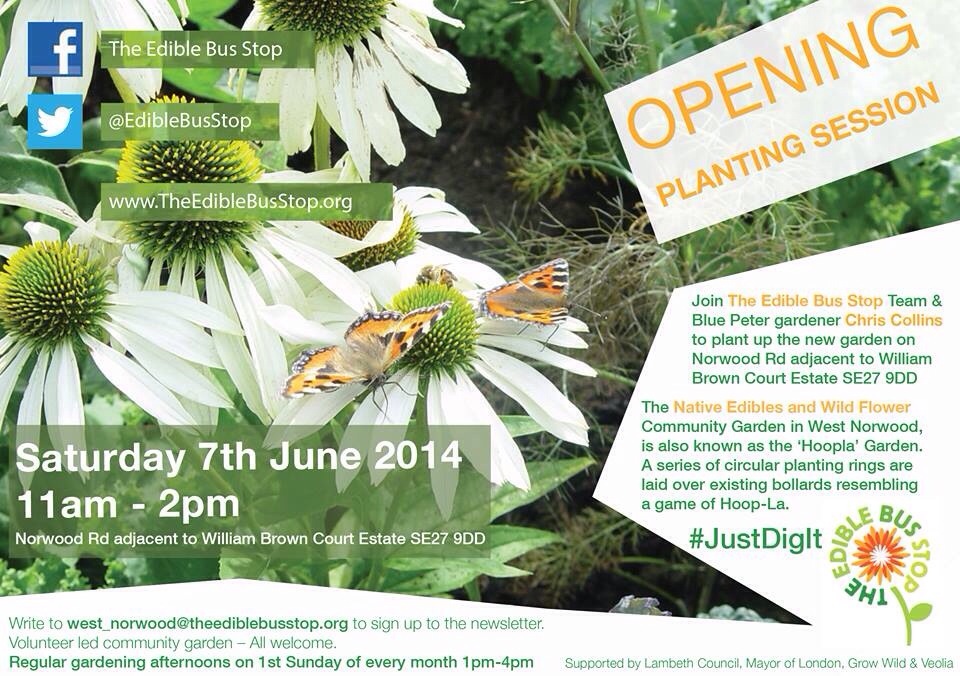 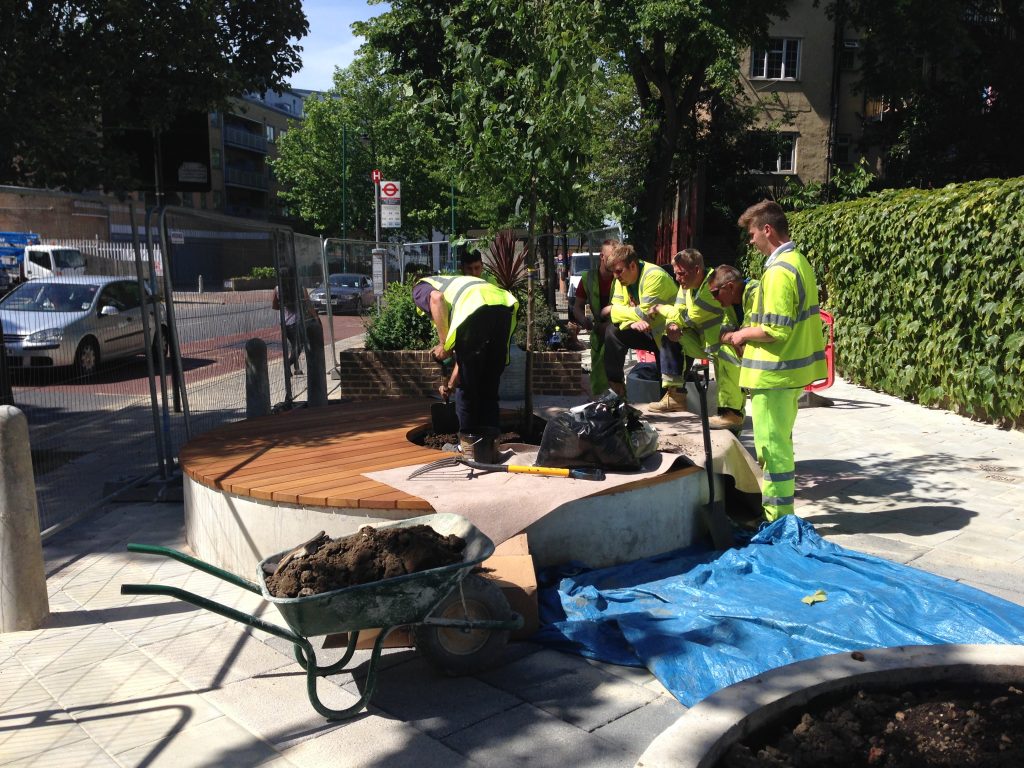 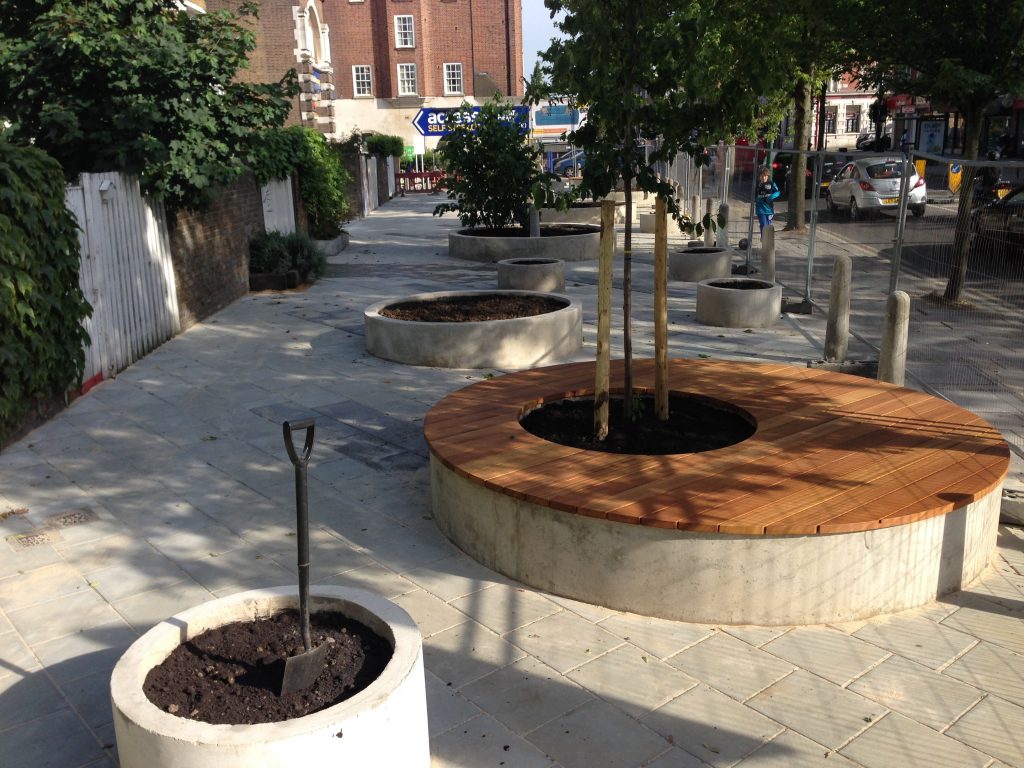 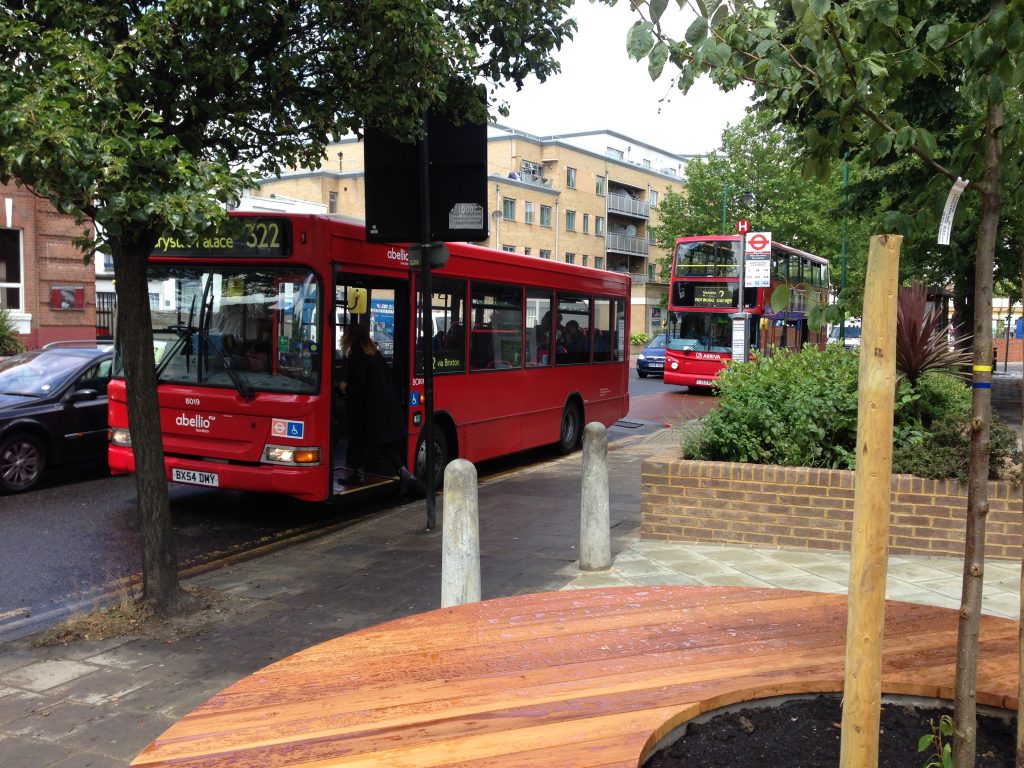 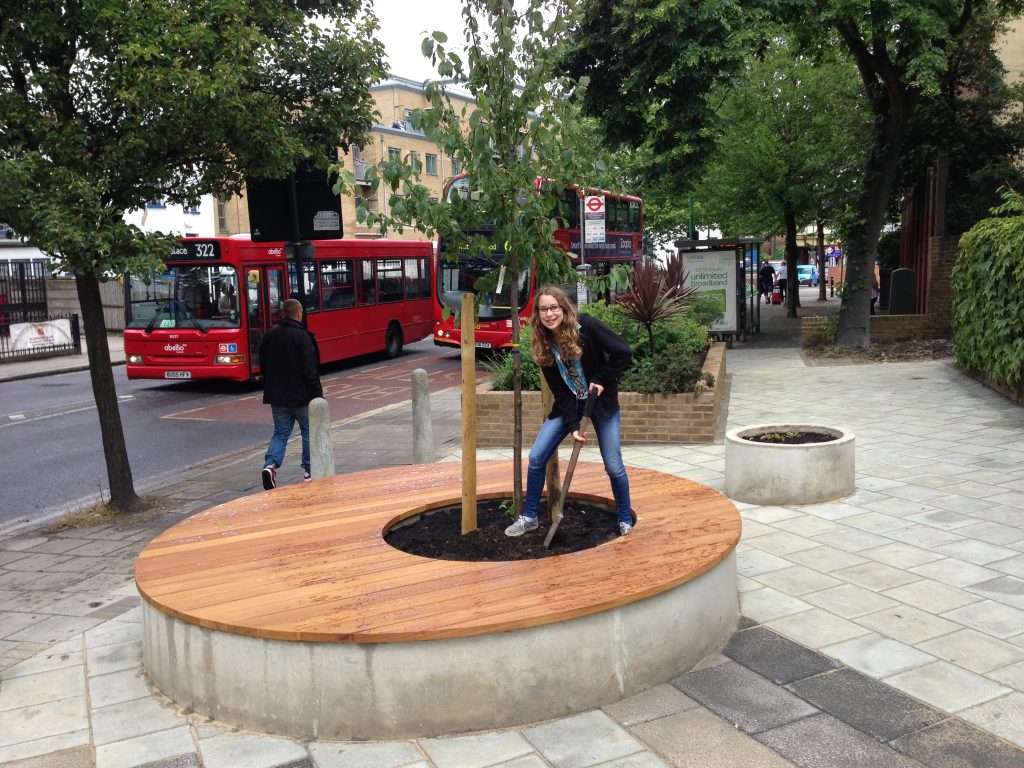 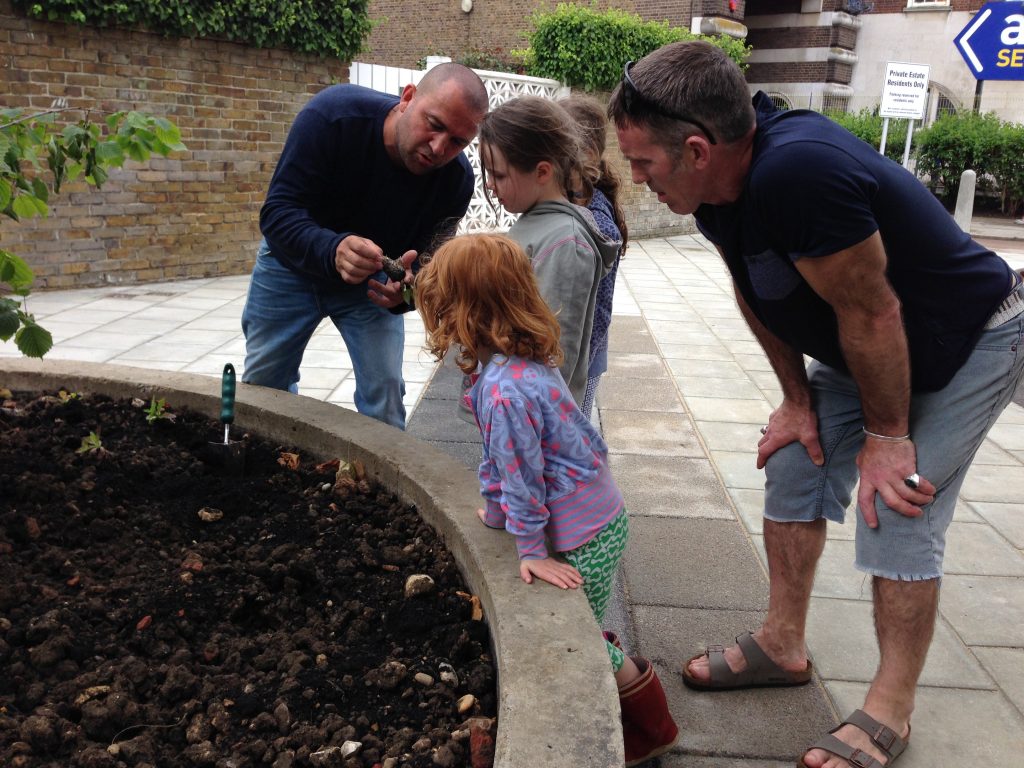 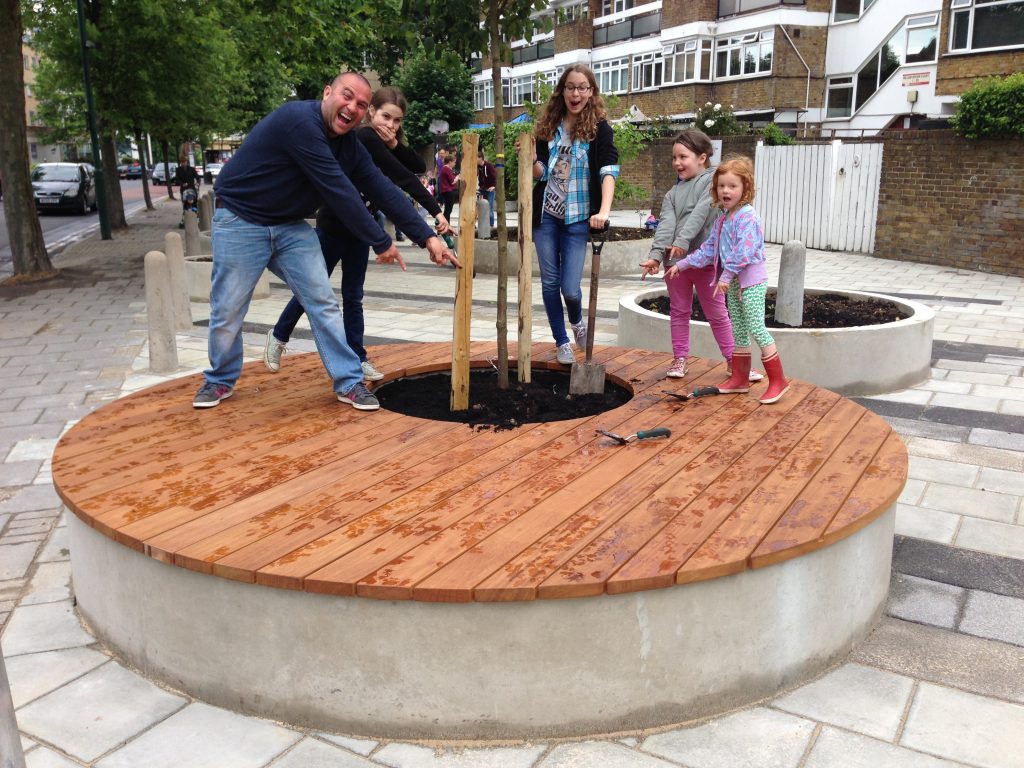 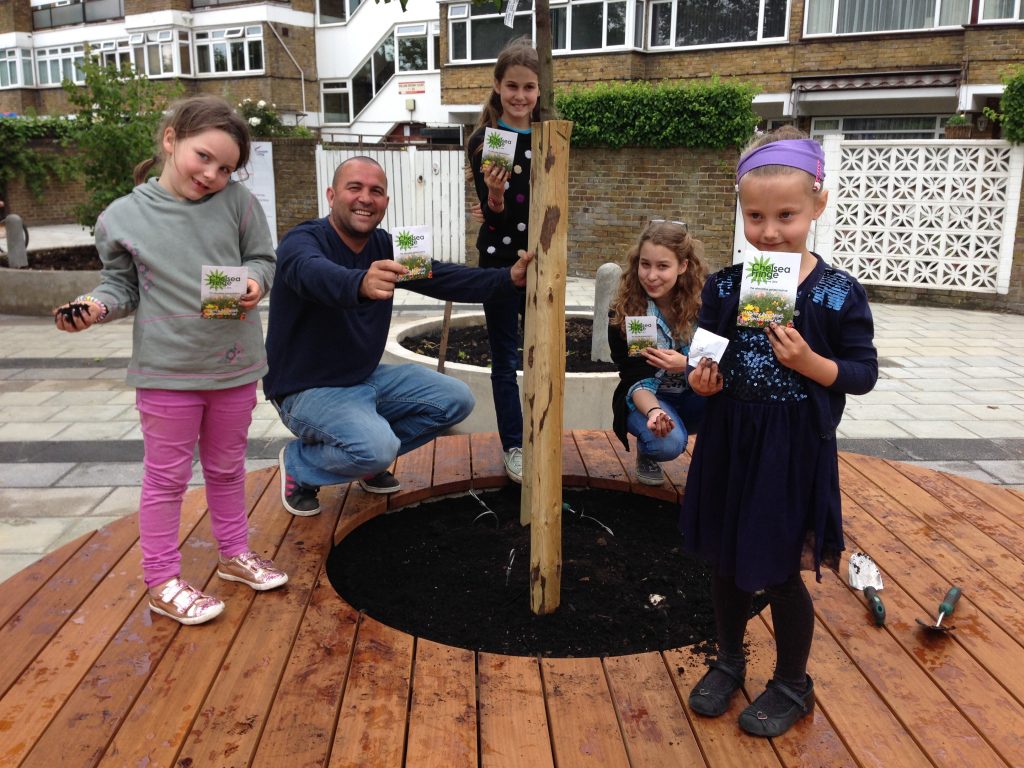 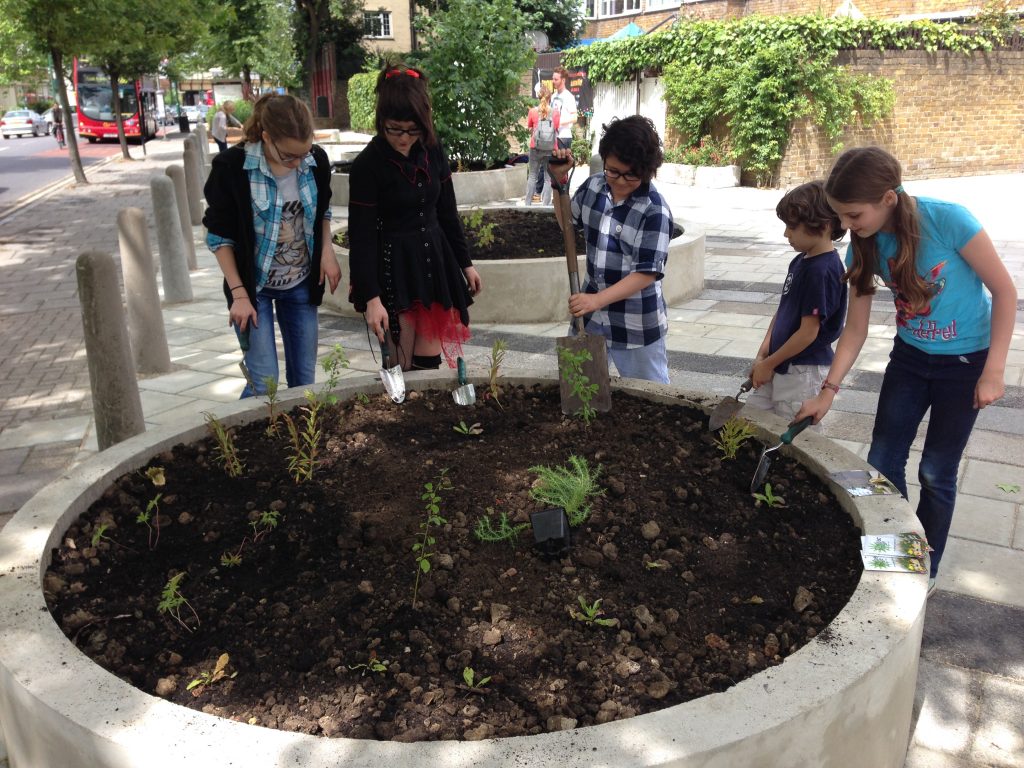 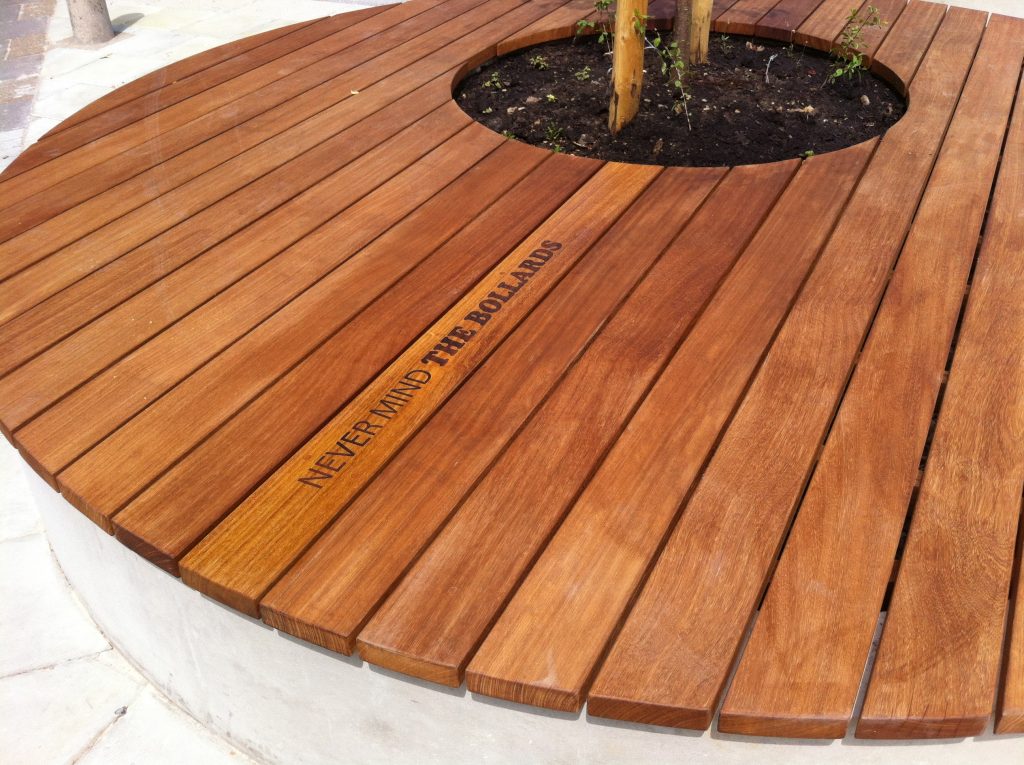 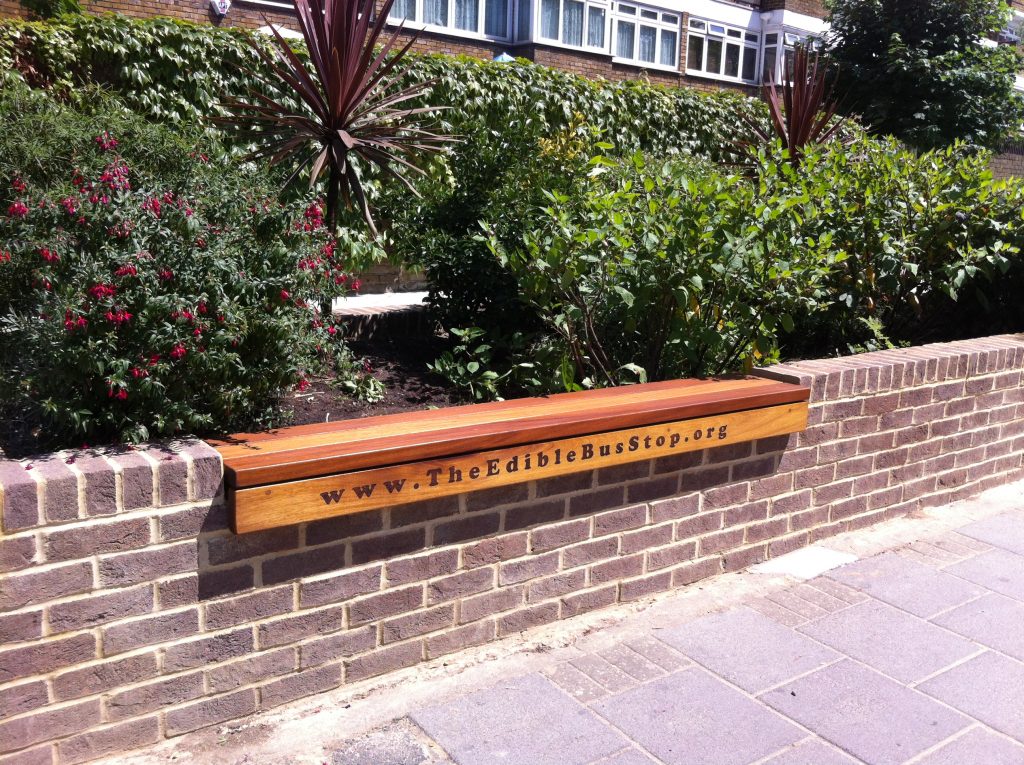 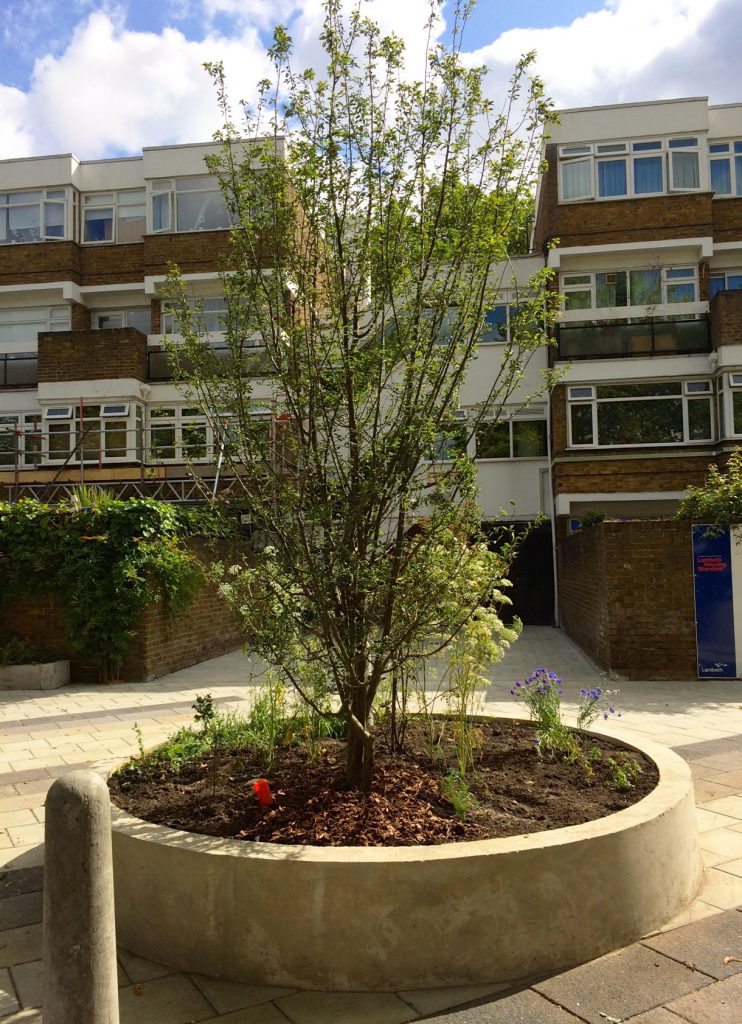 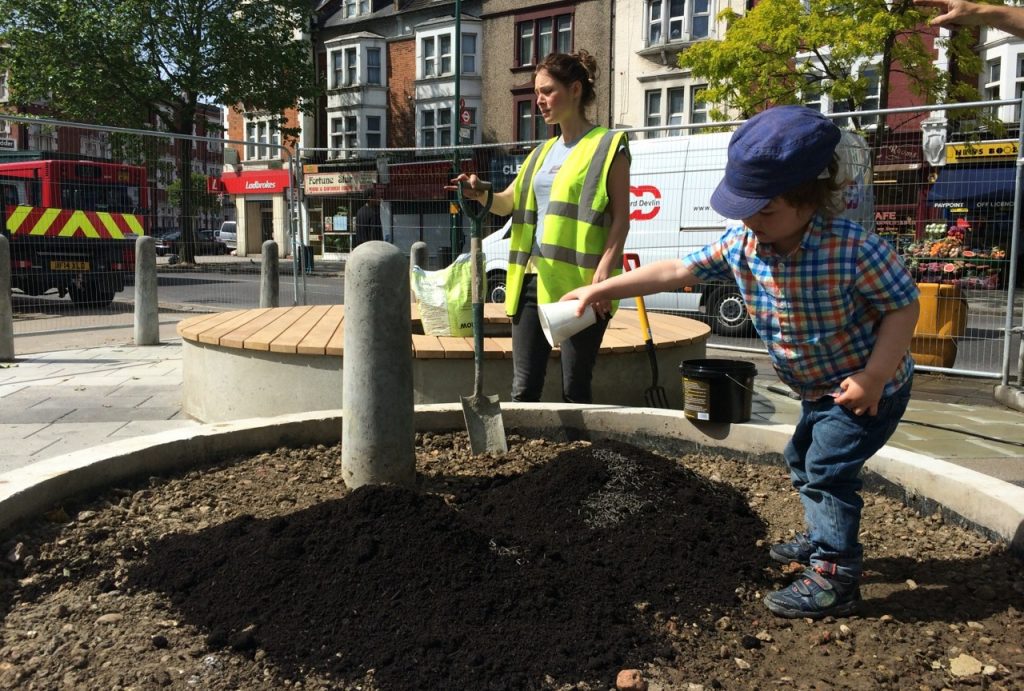 At the beginning of April, to coincide with first the West Norwood Feast of 2016, The Edible Bus Stop team and the local community came out to refresh the Hoopla Garden ready for the summer ahead.

With the support of Incredible Edible Lambeth’s Love Your Roots funding we sowed wildflower seeds, added new edibles and bee friendly ornamentals and a beautiful Italian trained Apple tree. A big thank you to everyone who offered their help especially to Beamish & McGlue, a family run local business who came out in force and got diggy with us. 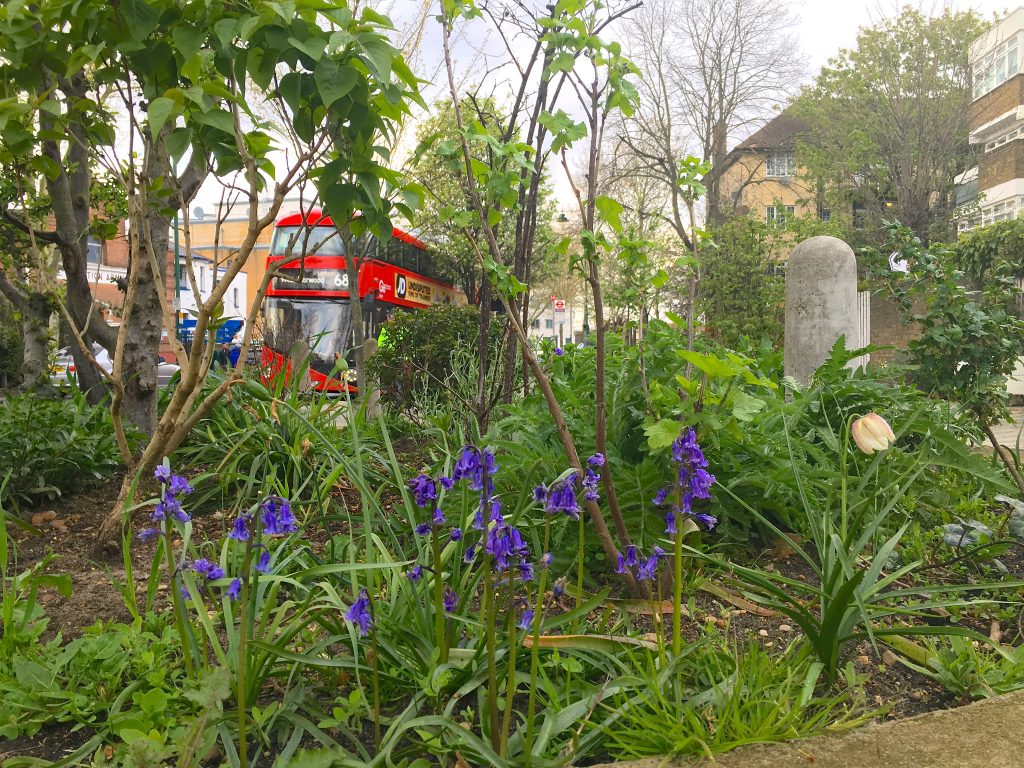 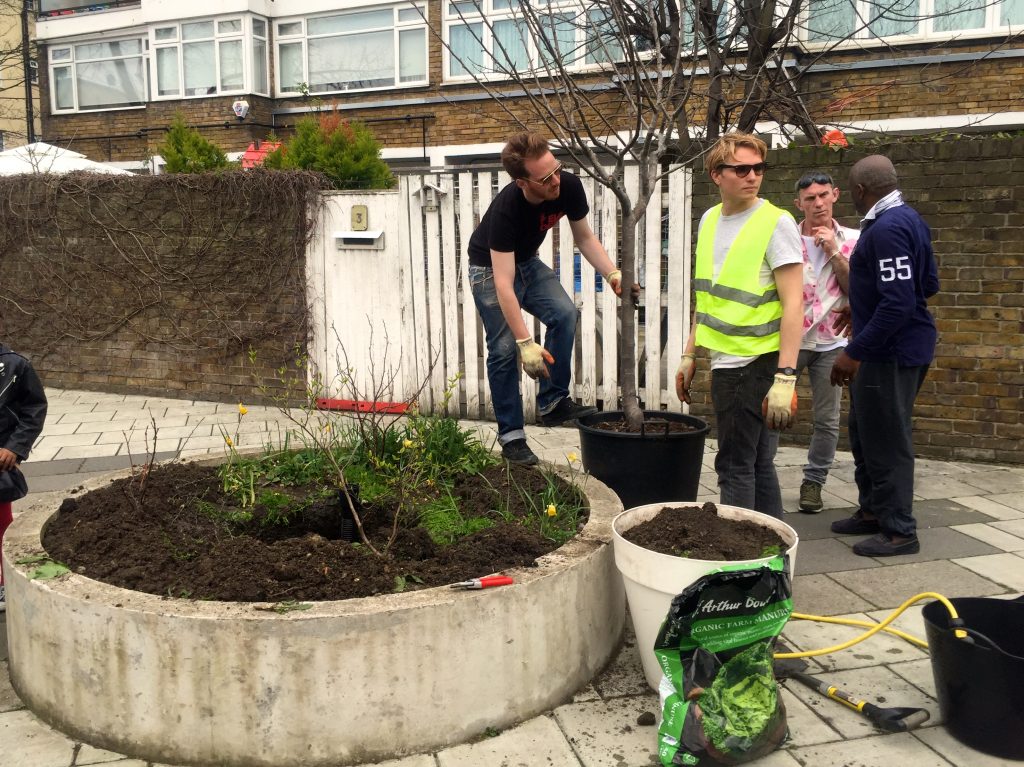 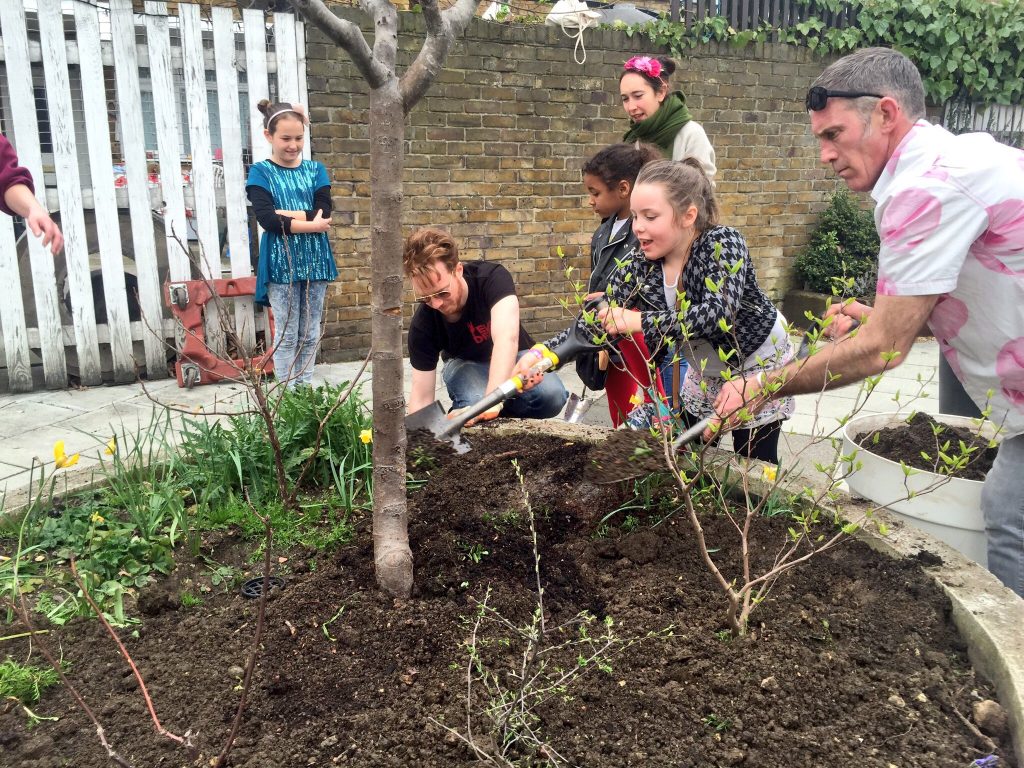 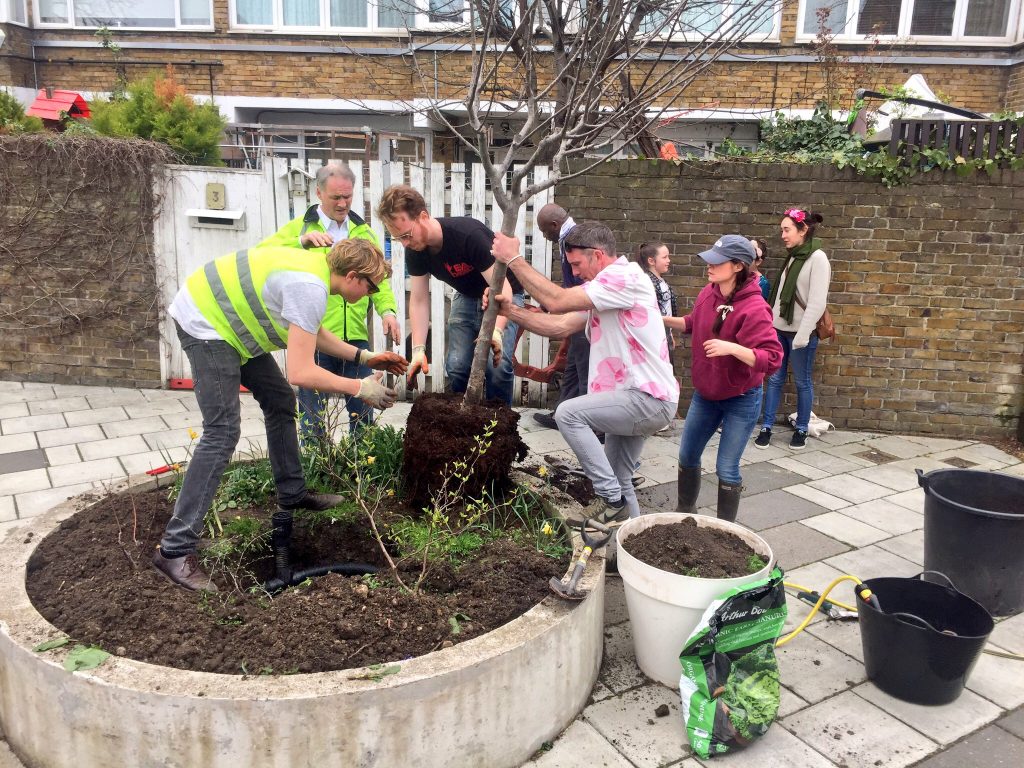 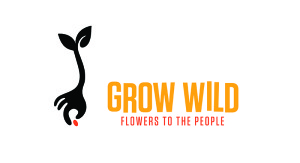